We were delighted to present Diabetes Ireland with a generous donation of €4,500 at our Takeda Project in Piercetown, Co. Meath. Takeda proposed a positive initiative on site from June 2018 – December 2018. The initiative was called ‘The Safety Observation Report Charity Donation Nomination’. For every SOR received within the 6 months €1 was donated to a nominated charity. During the 6 months 28,000 SOR’s were received, which meant that €28,000 was donated to 5 remarkable charities – ours being Diabetes Ireland. 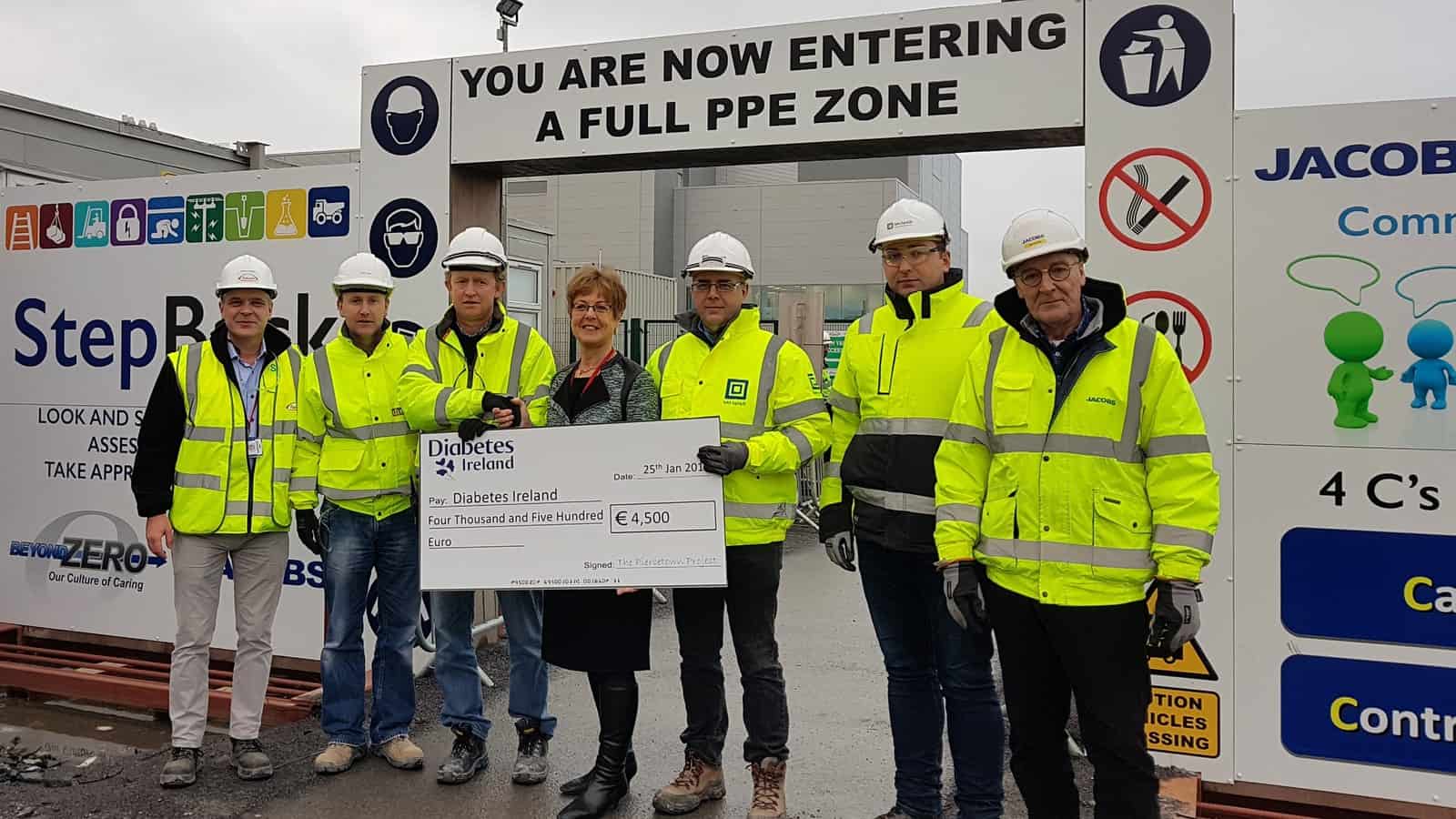 At this time of year donations are low which meant that the charities were delighted to receive such generous donations and to be a part of this remarkable initiative.

Diabetes Ireland is the national charity dedicated to helping people with diabetes. They achieve this by supporting, educating and motivating individuals, whilst also raising public awareness of diabetes its symptoms and funding research into finding a cure.

Well done to all involved and thank you for your continued support with the Safety Observation Report programme.